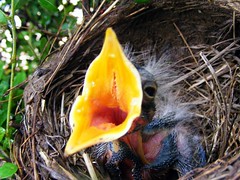 I just realized you can download an archive of your tweets from Twitter.com.

By no means did I hit the ground running from this account.

It appears it took nearly a year before I talked to anyone.  My first mention was to Leo Laporte. Incidentally, it was from listening to his TWIT podcasts that I heard about Twitter in the first place and joined.

@leolaporte I love your new background!

In this tweet, I talk to my first “real” person who became a friend.  We even co-wrote two songs together since then.

@joelklampert I've been a subscriber to SongDISCovery since Volume #13! I'm bummed to leave, but I just can't justify the cost. I've had

In this tweet dating back to 2008 I finally realized I wasn’t looking at my “replies” tab.  As of today, that section is called @connect but it has been called @mentions and interactions in the past, too.

@scottwilder re: songDiscovery I know what you mean… I didn't see the REPLIES tab on my TWITTER

And a final look back to my humble beginnings, I ask what a tinyrul is.  Notice that I didn’t capitalize the “w” in “What.”

what is a tinyurl?

Truthfully, it’s a bit humbling to look back at my beginings but I am hopeful that it will serve as an encouragement to all of you. You learn to Tweet by tweeting and from observing the syntax from other users.

Twitter, in many regards, is its own language and languages are best learned by continual, incremental exposure and use.